When I was a kid, it was the 60s, the age of free love and drugs, and the worst things that were apt to happen were pregnancy or a bad trip.  We had maybe a third of the technology we have today, and a tenth of the luxuries.  People are fond of memories of having to actually get up to change the television channel, and having a phone with a cord on it that you couldn’t take with you, but what they’re really fond of, I think, is the sense of safety we had because we also had about a tenth of the dangers kids face today.
Sure, bad things happened, even then.  I was nine when John Kennedy was killed, and it stunned the nation, but it wasn’t a personal danger.  It was danger on a national level.  We’d dealt with that before, and we’d won.  I guess when you think about how far technology has come, it’s no wonder really that the dangers involved have become greater as the world has gotten smaller.
When I was a kid, there were no internet stalkers because there was no internet; LSD was the only “designer drug,” and unprotected sex didn’t kill you. Kids didn’t take guns and bombs to school to kill each other, and no one had flown planes into the side of the World Trade Center.  I know, I know, it’s cliché to say it was a simpler time, but in many ways it’s the truth.  However, I can’t help but believe the separation caused by the lack of technology kept us innocent of many of the evils in the world.
Evil had to work harder to get to us.  It could still get to us.  John Kennedy’s death, followed by the Manson murders and the assassinations of Bobby Kennedy and Martin Luther King were proof of that, but it was a little more distant than it seems to be now.  Technology has brought wonderful advances and horrible knowledge.  All of those murders and the Vietnam War came into our homes through the miracle that was TV.
How much more information is available today?  The information we have access to now has multiplied exponentially which makes us infinitely more knowledgeable, and infinitely more paranoid, and for good reason.  With that knowledge has come a terrifying awareness of how much evil there is in the world.  I’m not going to get into a discussion of nature versus nurture.  However it came to be, it presents itself as evil, so we’ll just leave it at that.
I have a grandson soon to be born, and knowing how much progress we’ve made in my lifetime, I cannot help but wonder how much more will happen during his life, and how we will survive further development of intellect without further development of spirituality/morality/decency.  I’m not Christian, so I’m not preaching go to church, live the way I say, blah, blah, blah, but somewhere in there, before technology becomes so prevalent that we no longer have any contact with each other, we have to develop the sense of right and wrong that is missing in so much of our world today.  Without it, there is no sense of connection to the world or to other people, and we will become truly dangerous to ourselves and our world.  We’re already headed that way.
We are the only ones who can make this difference, and unless we start now, for those who haven’t already, to reach out to those who need, and those who suffer, and those who hurt, it’s going to be a bleak future.  Think back to the future you envisioned as a child, and let’s all take one small step on the path to love of our fellow humans and rebuilding the world that reflects the dreams we had when we were young. 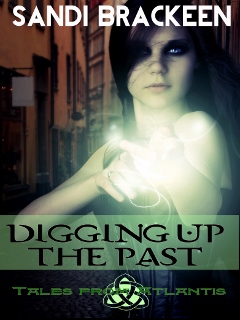