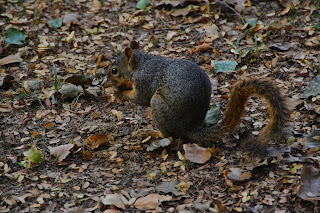 It’s been a long time since I’ve really been an outdoor girl, but my roommates like to go hiking.  Recently I’ve been joining them, and while I think I may be done until it cools off a bit, it’s wonderful for the creative juices.  Every time, I come back with pictures, and ideas, so I’m enjoying it thoroughly, in spite of the heat.
I find the connection with nature, combined with the photos I get that I can’t get otherwise wonderful.  Locally, most of the wildlife consists of squirrels and rabbits, but since I like taking pictures of squirrels and rabbits, that’s okay.  When I travel, I do the same thing with the wildlife wherever I am, and love every minute. 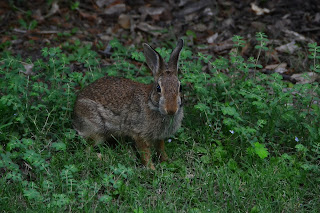 The other thing that I love is that I always come back with ideas.  I get ideas for blogs, ideas for the revision in progress on book two of the Tales from Atlantis, ideas for jewelry to be made, and ideas for places I’d like to see.  I have always been a lover of nature, but I tend to get caught up in all the things that I do that are inside, especially in the summer, so I miss the connection with nature that I need to spark my creativity and renew my batteries.

Currently, my characters have discovered something in Reaching for Beyond that I didn’t anticipate, so some things that I thought would happen won’t and some that I didn’t expect will.  It should be a fun ride, and I hope you will enjoy it.  Riley, Jason, and Cam will be working together again, and many of the same characters from Digging Up the Past will be in Reaching for Beyond.

Digging Up the Past starts a series that delves into what happens when magic returns to the earth.  As you may know, the stones from the Bimini Road have been removed, and magic has returned to earth.  Ordinary humans who had magical ancestry have reverted to whatever type of preternatural being is in their heritage.  The odd part is that people from the same family can develop into different types of beings.  This is believed to be a testament to the natural mixing of the races, so one lineage can have several different types of preternatural beings in it.

Regardless of the blending of the races in the past, there are still issues in today’s world.  Riley’s parents are unlikely ever to accept Cam in spite of the fact that they are shape shifters, and he’s a werewolf.  You wouldn’t think that would be such a long reach, but, much like the everyday world, a small difference can keep us miles apart.

For more information about Digging Up the Past, and the rest of the series, check out my website at www.sandibrackeen.com,

Excerpt: Digging Up the Past

My ragged Ford Escort, the color of which can best be described as rust and green, was parked in front of the house. When we reached the car, I opened the passenger door and tried to put Keesha in. She wrapped her arms around me tighter and screamed louder. Finally, I sat down in the seat and swung myself in with Keesha still attached. Holding her close to me, we leaned over and I reached under the driver’s seat to replace my gun. Once she stopped screaming again, I pulled out my cell phone, dialed 911 and then called Keesha’s parents.


“Braden.” Keesha’s father answered on the second ring.
“Dr. Braden, something’s happened at the house!” I almost sobbed into the phone. “I’ve got Keesha with me, and I’ve called the police, but I can’t find Mena. Angel was after something upstairs, and I think I heard a gunshot!”
“Where are you now?”
“In my car! With the doors locked!” I focused on sounding just a bit unsteady and very scared. I really was a bit unsteady because my senses told me Mena was dead, but I was more pissed than scared.
“Good. Stay there! Don’t go back in. We’re on our way.” Dr. Braden disconnected without waiting for a reply.
My ability to make people believe I am an innocent, and in this case, frightened, nineteen-year-old, was a large part of the reason my partner and I had been assigned to this case. The tone of Dr. Braden’s voice told me I was succeeding.
While we waited, with me rocking and soothing Keesha, I worried. Worried about Mena, worried that the Bradens would move to a safe house and I would no longer have a reason to be there, worried that we wouldn’t catch the guy before he could hurt someone else, worried that we wouldn’t find the spade before whoever had it used it.
Within moments, sirens screamed up the street, and a sea of flashing lights surrounded the house. I climbed out of the car, Keesha still clinging to me, as a police officer and the paramedics approached me.
“Are you Riley Perez?” The officer seemed very young, even to my twenty-six years.
“Yes, Officer.”
“What happened here?”
“I don’t know, really. I took the dog to the park, and when we came back, Keesha was downstairs, screaming. The dog went up the stairs after something, and I heard a gunshot, so I just grabbed Keesha and brought her out here.”
“That was a smart move, Ms. Perez. Are you and the child okay?”
“I am, and I think she is too. She seems to be mostly scared.”
“Is anyone else in the house?”
“Keesha’s nanny is supposed to be in there, but I didn’t see any sign of her before we got out of there.”


To find out more about Riley, Keesha, and the Bradens, visit
iTunes
Amazon
and
Barnes & Noble