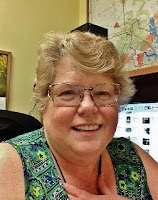 The fact that the body was in pieces made it more difficult to tell for sure the victim’s gender or age, but her head had fallen back when her throat was torn out, and even though the killer had eventually severed it from the body, the head, still seemed to be leaning back, screaming. Somehow, the killer affixed the head to the headboard.  Her torso was lying in the center of the bed.  I couldn’t really tell what color the spread had been.  It was all dark red now.  Her stomach was ripped open, intestines, and internal organs spilling from it like so much spaghetti.
It was almost a warped parody of the human form.  The heart had been extracted from the torso and placed on top of it. The heart and torso, lying on the bed in the center of the room, looked more like a gruesome centerpiece than something that had recently been part of a human being. The arms and legs were almost shredded, but you didn’t notice at first because they were separated from the rest of the body.  At first it looked like the victim had been pulled apart because of the way all the pieces were separated.  Body parts lay on the bed, on the dresser, in the corners of the room, and under the window.  As I focused on the heart, a pattern began to force its way through my appalled senses and into my consciousness. The body hadn’t just been pulled apart.  There was method in this destruction.
Posted by Pagan Realms at 11:00 AM