Okay, I suppose I will allow myself the excuse of pneumonia for running late on the blog, but I am also happy to say that I'm still on track to bring you something new each week.


I’ve talked about how the series came into being with a contest prompt for a contest I didn’t enter.  The series focuses on what would happen if magic returned to the world.  However, the germ of an idea started a developing train of thought that started with “How” would magic return to the world and evolved into the Tales of Atlantis, a world built on the premise that the removal of the stones from the Bimini Road caused Atlantis to rise, and magic to return to the earth.

Like many people, I’ve long been fascinated with the legends of Atlantis, so the opportunity to read more about it was a plus for me.  The stones from the Bimini Road have long been associated with Atlantis, and the Bermuda Triangle, so it seems reasonable to my writer’s brain that the stones are what keeps Atlantis, and all its magic submerged, and the remarkable things that happen in the Bermuda Triangle are the result of that submerged magic.

The Bimini Road is an underwater rock formation near North Bimini Island.  Various claims have been made that call this either a wall, a road, a pier, a breakwater, or some other man-made structure. However, there are two schools of thought on this.  One group says that it’s man-made and dates back to 7195. The other school of thought says the stones are a natural occurrence that’s a result of tidal patterns, and dates it back to 3500.
No matter which way you look at it, the existence of the stones is fascinating and provides rich possibilities for development.  In Riley’s world, the removal of these stones returned magic to the world, and initiated a transformation among those of magical mixed bloodlines. Many people have had the tendencies of their non-human side becoming part of their natures. As usual, the people this is happening to are more easily able to accept the change than those who are not changing. This makes it more difficult for the preternaturals who would like to go about their lives as always, but slowly, more and more people are beginning to accept the magical beings into society.

Many of those who have not changed natures, like to pretend it never happened, so in an effort to keep this acceptance, and ensure that preternaturals don’t run rampant over the mundanes, the Department of Unusual Events, or DUE, was formed.  Riley and her partner, Jason, work for DUE and deal with those things most people don’t want to acknowledge exist. 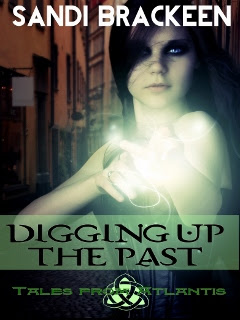 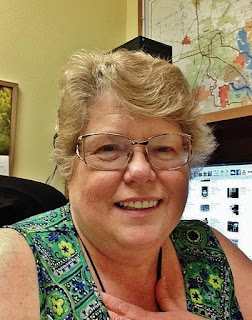 Sandi lives in Texas with three roommates, two Yellow Labs, a Shepherd/Border Collie mix, a Great Pyrenees, a Standard Poodle, and assorted other critters.  Most of the animals were rescues.  Sandi’s full time job is as the Public Information Officer for the local Sheriff’s Office, and she teaches English part time at the local Community College.
She says she has a couple of degrees from the University of North Texas lying around somewhere, and she’s been writing ever since she can remember.  Sandi took time off for work and school, and previously her writing has been more geared toward short stories and academic papers.
Sandi publishes a newsletter and several articles a month in her current position, and much of her writing is geared toward work, but she has now added writing fiction and currently has several more books in the works.